So you've decided to get a tablet. Great, now you only have one last hurdle left to jump....which one? As you probably noticed, there are a lot...a LOT of options in this category. They all have their own specs, and their own features, but overall, they are all kinda the same. But there is one clear winner. 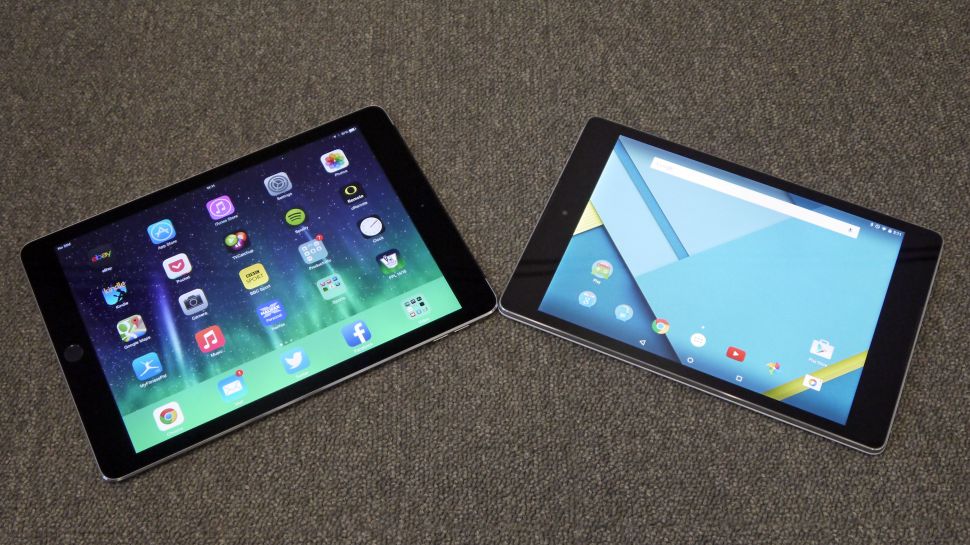 We looked for a number of things when picking the winner. It had to have a good selection of quality apps, a user friendly and intutive operating system and enough power to stay speedy and relevant so you don't have to upgrade after 3 months.

Forbes’ Ewan Spence calls Apple’s iPad Air 2 a "fine slice of modern computing,” and that’s exactly what it is. No other slate boasts such a premium design, stellar performance, and excellent selection of apps - not to mention it’s the second-thinnest tablet in the world.

At 9.7 inches, the Air 2 is essentially a 10-inch tablet, but it’s hardly a burden. Its lightweight, slim profile made it comfortable to tote around the house for 30-40 minutes at a time, even with one hand. And thanks to its gorgeous IPS display, storming my opponents’ islands on Boom Beach was as visually entertaining as it was fun.

For the things I do when I’ve got my feet up (read long articles I’ve saved in Pocket, sift through Twitter, watch back-to-back episodes of "How I Met Your Mother”), the iPad still beats the competition.

Despite its weight, there isn’t a single thing about the Air 2’s hardware that feels cheap, chintzy or flimsy. It’s constructed from a unibody brushed aluminum frame, and all its (relatively few) parts are fused together. All that’s to say the Air 2 is the most durable yet ultra-thin tablet around. However, that thinness comes at the cost of a slightly smaller battery - mine hit 12 percent after two days of casual use. And unlike previous models, it doesn’t have a physical mute switch, which for us, wasn’t a big deal.

Our biggest qualms with Apple’s tablet are actually with its software (iOS 8). Unlike Windows 8 and Android tablets, it doesn’t support multiple users, meaning you won’t be able to set up profiles for family members. Apple devices also don’t support multitasking (using two apps at the same time), which is something really liked doing on the Galaxy Tab S and Surface Pro 3. Finally, iOS 8’s standard keyboard works great on the iPhone, but I didn’t love typing on the iPad - if efficiency is a top priority, consider downloading a third-party keyboard app such as SwiftKey.

What about power? Both Engadget and The Verge stated in their reviews that its performance was noticeably faster, smoother and more graphically precise than the original Air, especially with regard to games. And after using it, we wholeheartedly agree. Touchscreen interactions are swift, launching apps takes less than a second, and power-hungry games like Asphalt 8 are impressively fluid.

Apple’s iPad Air 2 is the best yet. I have purchased every model made except iPad 2 and love Apple products. They are always reliable and intuitive enough for my 76 year old mom who would never give up her iPad.


The Nexus 9 is the best tablet for Android lovers, by far. It’s the first slate in 2015 to run the newest version of the operating system (Android 5.0 Lollipop), which means it has a fresh new look called Material Design. No other tablet better integrates Google’s bevy of apps and services (Gmail, Chrome, Google Drive, YouTube, et cetera).

We found the Nexus 9 to be quite sturdy and comfortable in the hand. And when it comes to overall performance, it’s second only to the iPad Air 2. Typing, launching apps, swiping through home screens, playing games — everything is lightning fast.