Nobody thinks popping pimples is a good idea. But it’s just so satisfying - mostly because you can actually see something happening. Contrary to the marketing promises of “blemish banishers” and “zit zappers,” immediate results are not the trademark of acne treatments, a frustrating truth to anyone suffering through a breakout. And while pimples are personal (your stress-induced spots will look and act differently than your best friend’s breakout), the best acne treatments will include a regimen of products to hit all of acne’s root causes. Our top pick, Paula’s Choice Regular Strength Clear Acne Kit, is a three-part system designed to unclog pores, heal breakouts, and soothe redness.

Acne vulgaris is the catch-all term for everything from angry red lesions to tiny white bumps, which are the results of hair follicles and their sebaceous glands becoming blocked and inflamed - how vulgar indeed. Genetics plays a big part in who gets acne and how severely, but each blemish can be blamed on some combination of sebum production, a bacteria called Propionibecterium acnes (P. acnes), plugged follicles, and inflammation. Finding a good treatment is really about finding the right combination of ingredients to troubleshoot each of those issues.

How did we pick the winner? First we looked at treatments that had the ingredients that have been scientifically proven to stop acne in its tracks. The first is salicylic acid which is a beta hydroxy acid that comes from willow bark, which is just to say that it’s naturally occurring and works primarily as an exfoliator, breaking down fatty acids like sebum so your pores don’t clog. The second is Benzoyl peroxide attacks the P. acnes bacteria. Once it’s on your face, benzoyl peroxide breaks into oxygen and benzoic acid, which rip through the bacteria’s membranes. Then we eliminated any that used simple alcohols since these tend to destroy the skin.

This system might not have the most products. And its percentage of active ingredients may not be the highest. But this twice-daily three-step kit - which includes a cleanser, an anti-redness exfoliant, and a leave-on treatment - is concise without cutting corners.

Don’t let the lack of any active ingredients in the Pore Normalizing Cleanser throw you off. This gentle gel is designed just to cleanse, not treat, which is a good thing: The Nurse Practitioner study emphasizes the importance of washing with mild cleansers in conjunction with topical acne medications to combat or avoid excessive skin irritation. This one is water-based and fragrance-free, and uses sodium laureth sulfate (as opposed to its harsh cousin sodium lauryl sulfate) to eliminate any chance for irritation 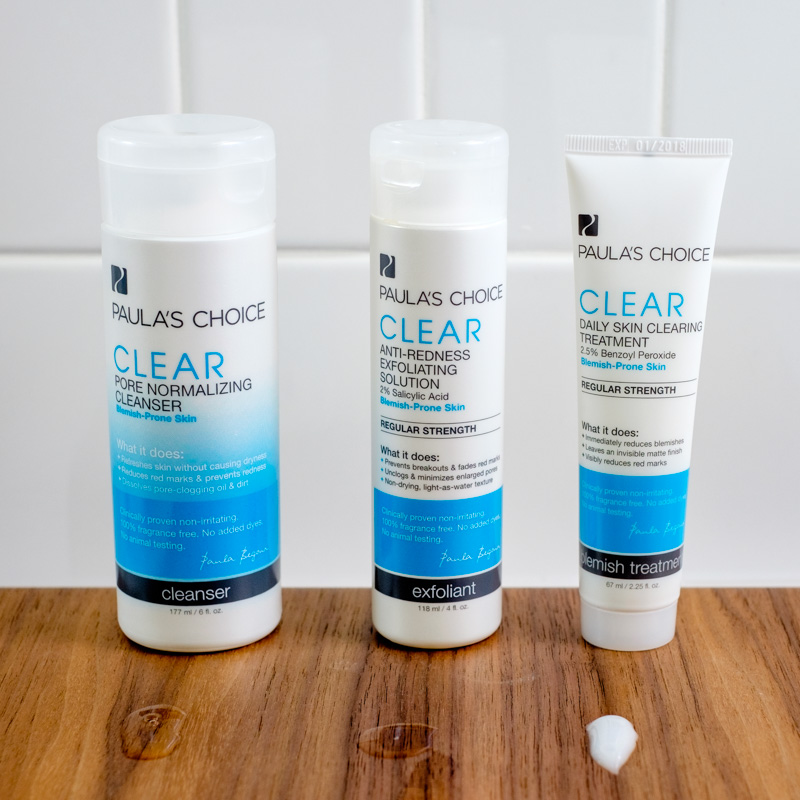 The Anti-Redness Exfoliating Solution is mostly water, but its 2 percent salicylic acid is enough to eat through oil and slough off the dead skin cells clogging your pores - and it boasts a higher concentration than nearly every other kit we looked at. It sloshes out quickly (so have your cotton balls at the ready), but stroking it over your face and neck per the instructions is pure heaven. It’s cooling on the skin and leaves a lingering tingle that never turns into a burn. Sodium hyaluronate, the super-moisturizing humectant we fell in love with in our review on the best face moisturizer, also caught our eye sitting smack dab in the middle of the ingredients list.

Rounding out the Clear Acne kit is the Daily Skin Clearing Treatment, an all-over 2.5 percent benzoyl peroxide cream that also touts calming bisabolol and allantoin to alleviate the dryness and irritation that can crop up mid-treatment. Anyone frustrated with oil-slick skin will also love this part of the regimen - it creates a satin mattifying effect, instantly transforming shininess into a glow

The three-piece set doesn’t come with an SPF, but Paula’s Choice has one in the line, the Clear Ultra-Light Daily Fluid SPF 30+. “Sun protection is really important, especially with acneic skin,” says Townsend. “In many cases, stronger acne products can make the skin photosensitive to the sun.” This isn’t your normal gloppy white sunscreen. Its fluid formula slips over tender skin, doesn’t need a ton of rubbing in, and also leaves a mattifying finish.

If you give the Regular Strength kit a try and don’t see the results you want, Paula’s Choice also has an Extra Strength Clear Acne Kit that boosts the Daily Skin Clearing Treatment up to 5 percent benzoyl peroxide (and replaces the sodium hyaluronate in the exfoliant with green tea extract) to give your acne a real kick. But we recommend starting with the regular strength version. “When it comes to strong products, less is more,” Townsend says.


All of Proactiv’s regimens are heavy on the benzoyl peroxide, and the Proactiv+ three-step kit is no different: a 2.5 percent benzoyl peroxide wash, a 2.5 percent benzoyl peroxide gel, and a 0.5 percent salicylic acid moisturizer. The Pore Targeting Treatment gel and Complexion Perfecting Hydrator moisturizer slip on nicely, with the former powered by skin-loving glycerin and the latter by a whole slew of delicious ingredients, including licorice root extract, sodium hyaluronate, bisabolol, and allantoin. We are iffy on the Skin Smoothing Exfoliator face wash, though, and not only because the microbead granules can be harsh on active breakouts. “Acne products that are washes will tend not to work as well as leave-on or rub-in products,” explains Dr. Green. “Think about it. How well can a product work when rinsed off a few seconds after you put it on?” 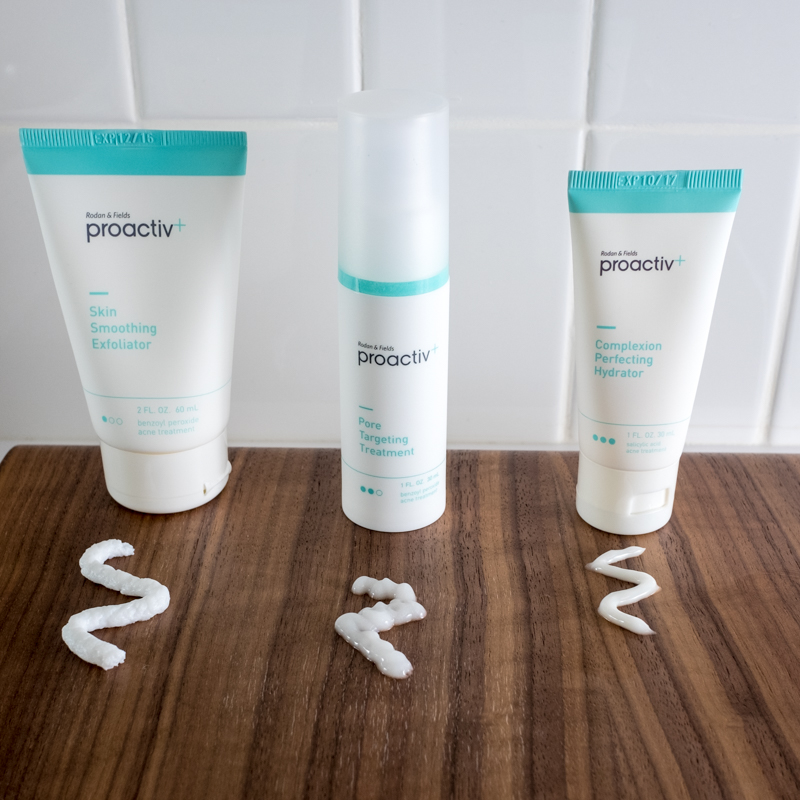 The other downside to Proactiv+ is that the bottles are small. Like, half the size of Paula’s Choice small. Combine that with its recommended two- or three-times daily application and you’re going to be going through a lot of kits.

If you do pick Proactiv, this is the kit to get - both teen kits have unnecessary spot treatments and classic Proactiv (without the plus) doesn’t have the one-two punch of benzoyl peroxide and salicylic acid.